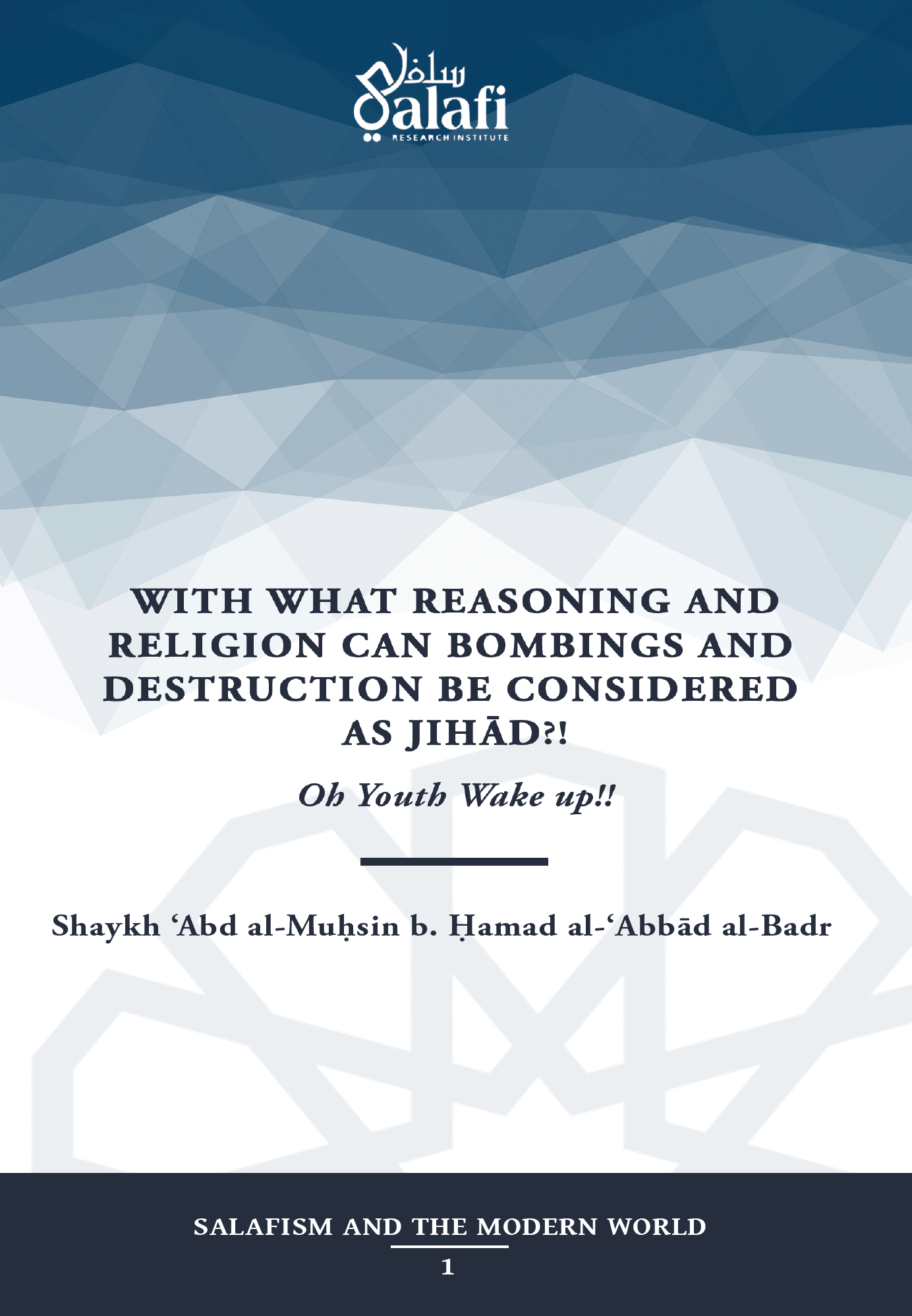 SERIES: SALAFISM AND THE MODERN WORLD - No.1

Saudi Arabia has seen terrorism and violence in its Kingdom prior to 9/11, from around 2000, with an increase in the violent terrorist attacks year by year, with the most recent being July 2018. Does a country subject its citizens and its visitors, who are protected and under the safety of the sovereign state; to violent terrorism, suicide bombings, destruction of property and life, indiscriminate senseless killings? Of course not! Then how do these modern writers, without any regard for the truth and respect for the dead, hurl baseless and false allegations at Saudi Arabia, Wahhabism and Salafism for the spread of violent terrorism. Foreign secret services although implicated, were surprising cleared by the police of their country, very conveniently of any involvement, but the allegations of foreign involvement in destabilising Saudi Arabia with a relentless campaign of terror are very much still on the table.

This short treatise of the Saudi Arabian Salafī scholar, Shaykh ʿAbd al-Muḥsin b. Ḥamad al-ʿAbbād al-Badr is a repudiation of the people whose ideology is to cause corruption and chaos throughout the lands. They cause destruction and devastation physically; to life and property as well as emotional and psychological trauma to all those affected by their reckless killing, suicide bombings and indiscriminate killing under the satanic principle of ‘collateral damage’. In current times various groups and organisations have arisen, whose intent is to kill innocent civilians, Muslims and non-Muslim, the elderly, women and children. Such heinous crimes are severely reprimanded in Islam and they also oppose its pristine teachings based on divine scriptures. These wicked and evil people distort and manipulate the scriptural texts, so that they conform to their whims and desires.

This treatise, ‘With What Reasoning and Religion Can Bombings and Destruction Be Considered as Jiḥād?’ of Shaykh ʿAbd al-Muḥsin addresses the important issues of killing innocent people, suicide bombings and senseless destruction, which was authored after the Riyadh bombings in 2003. This treatise also clarifies the Salafist view on the unlawfulness of suicide bombings, violent terror, the killing of innocent people and the sanctity of human life, which the Salafis have always advocated. Let this treatise also serve as a reminder to the detractors, who exert considerable effort to discredit the teachings of Salafiyyah, which is free from the so called brands of Salafism. We pray that individuals affected with the ideas of the Khawārij and extremists, benefit from this treatise while reading it with an open and sincere mind.