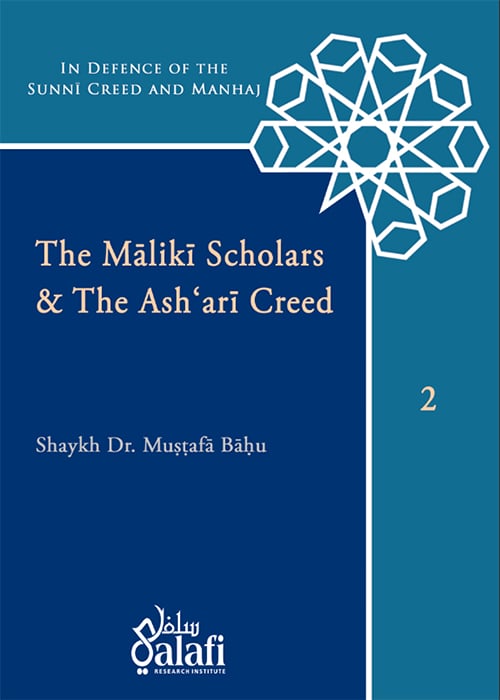 SERIES: IN DEFENCE OF THE SUNNI CREED AND MANHAJ - No.2

This part of the book features a clarification of the creed of the early Mālikī scholars, their defence, support and dissemination of the belief system of the pious ancestors – the Salaf al-Ṣāliḥ. The tract, therefore, rescinds the claim of the latter-day adherents and promoters of the Ashʿarī creed, who insolently allege the Mālikī scholars were Ashʿarī. Similarly, it exposes the deliberate denigrations of these quasi and ‘synthetic’ Mālikīs’, who have absolutely no connection whatsoever with the formidable Mālikī predecessors! The book also presents a brief historical overview discoursing the spread of the Ashʿarī madhhab.