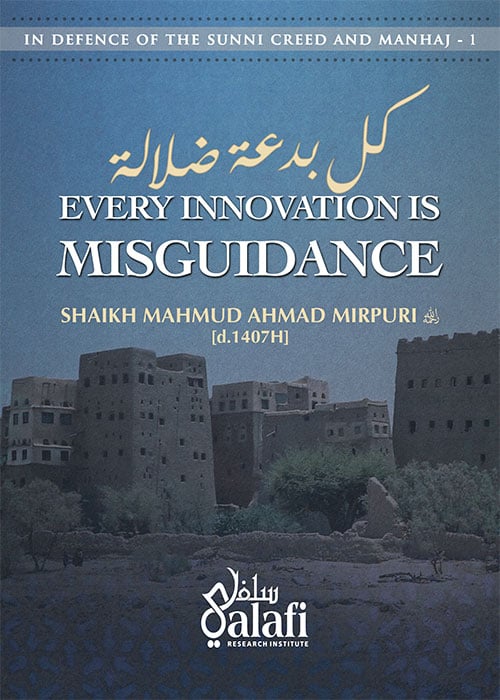 This short treatise in your hands in a precise yet detailed work on the subject of bid'ah which clarifies to the masses the arguments and Misguidance of the people of innovation. The Shaikh Rahimahullah scrutinises and comprehensively answers the rhetoric put forth by the detractors whilst further expanding on the status of the Sunnah and the abhorrence of innovations. The Shaikh Discusses the intrinsic elements of bid'ah and its various forms and thus aids the reader through this fundamental discourse which has been the focus of much debate and controversy. The treatise serves as a basic primer on the Misguidance of innovations and it is unique in the manner in which discussions revolve around principles.

The book also contains a detailed biography of the Shaikh and detailed extensive explanatory notes.