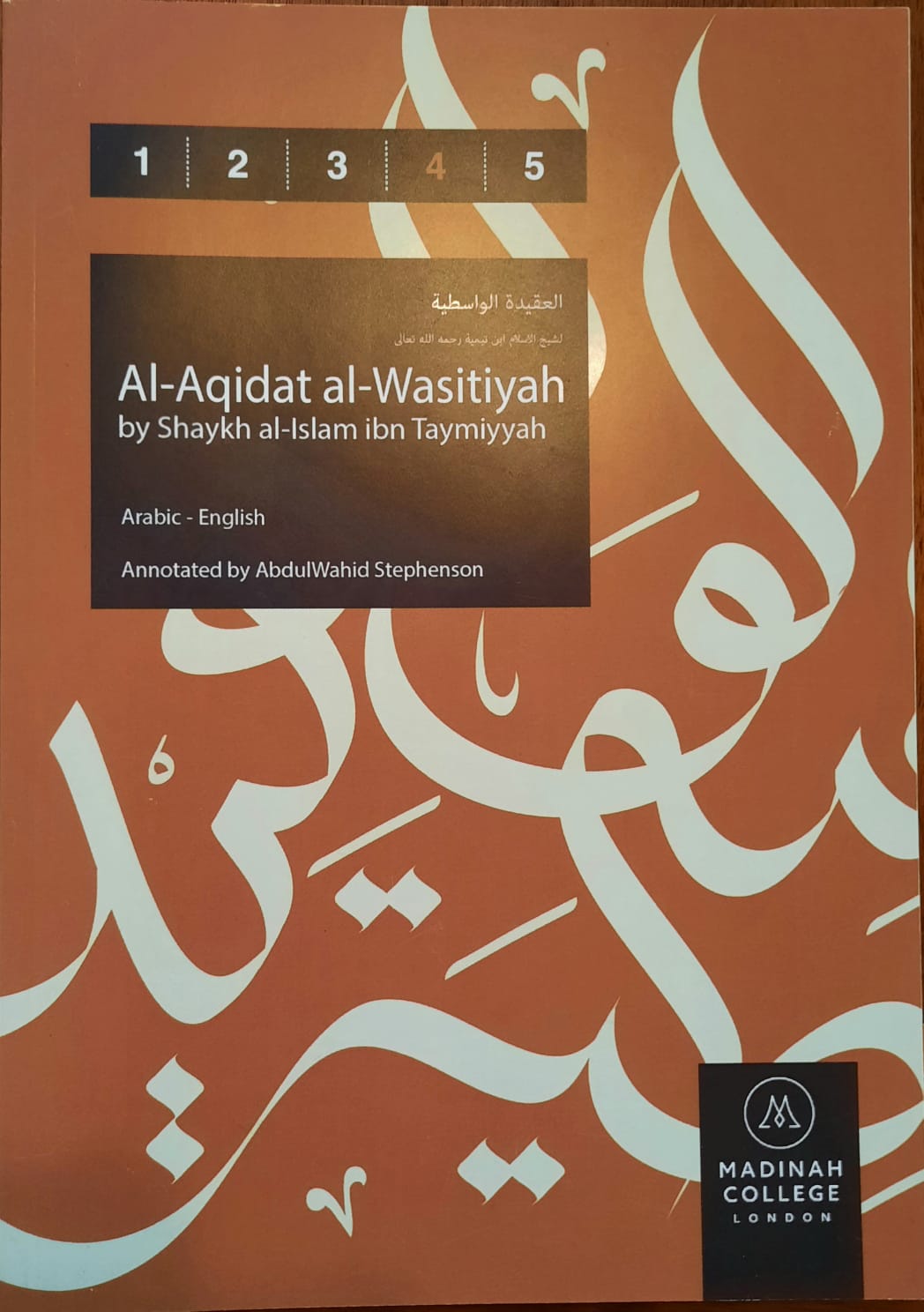 This is a basic primer on Aqidah which explains the tenets of faith of Ahl al-Sunnah Wal Jama'ah. Every muslim is obligated to know his belief and this book explains what belief a Muslim should have.

Written in response to a request from a Shafi'i Judge from Wasit, Iraq, ibn Taymiyyah penned this creed encapsulating the belief taught by the Prophet Muhammad صلی الله علیه وآله وسلم. In his own words. The eminent scholar of Islam, Shaykhal-Islam Imam Ibn Taymiyyah, discusses the real & original faith of Islam according to the Qur'an & Sunnah. It deals with the perfect and undefiled Islamic Faith and Creed of the As-Salaf-As-Salih (Pious Predecessors) particularly in regards to ALLAH's names and attributes, with solid arguments in brief words and terminologies. The book is highly appreciated by the scholars for its brevity as well as comprehensiveness; and for its contents produced in line with the Qur'an and Sunnah in an appealing and manifest.

The Reason this Creed was Written by Imam Ibn Taymiyyah said: "A Shafi'ite judge from Wasit (in Iraq) whose name is Radiy ad-Din al-Wasiti, visited me on his way to Hajj (pilgrimage). This Sheikh was a man of goodness and faith. He complained to me of the people's situation in that country (i.e., Iraq ) under the Tatars (Mongols) rule of ignorance, injustice, and loss of faith and knowledge. He asked me to write him an 'Aqidah (creed) as a reference to him and his family. But I declined saying: Many creeds have been written. Refer to the scholars of the Sunnah. However, he persisted in his request, saying: I do not want any creed but one you write. So I wrote this one for him while I was sitting one afternoon. Many copies of it are dispersed throughout Egypt, Iraq and other provinces. (Majmu'a Fatawa 8:164 of Imam Ibn Taymiyyah)